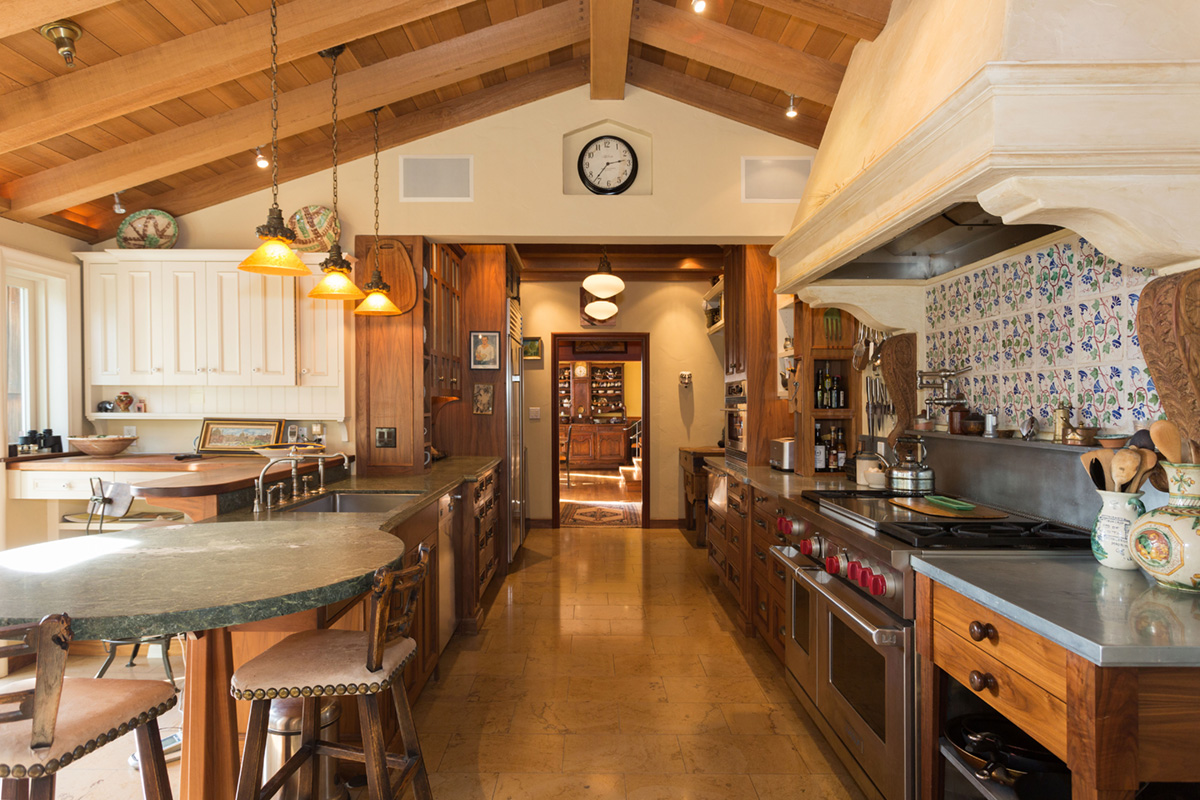 Set back from the street and exquisitely sited in its own private park, on two parcels of land, this award winning Berkeley Arts and Crafts mini-estate offers breathtaking San Francisco Bay views.

This distinguished residence has four bedrooms, four and one-half baths, family room, sunroom, “live-in” gourmet kitchen, butler’s bar and pantry and a redwood-paneled library. It also includes a spacious legal second unit/in-law that opens to a divine terraced garden. Elegant and intimate, this light-filled European-inspired country home is privately set in a veritable forest of ancient oaks, native shrubs and spectacular rock outcroppings with approximately a half acre* of patios and gardens, dry-stone walls, winding paths and stunning vistas. One-of-a-kind, with a warm romantic quality, one can truly retreat to this stunning hillside treasure.

Within close proximity to Solano Avenue shops and restaurants and near Berkeley’s renowned Gourmet Ghetto on Shattuck Avenue this home is perfectly situated in a coveted location, extensively remodeled, updated and expanded with an extraordinarily singular touch where every update and modification - some by the noted architects Walter Ratcliff and Nobel Newsom - has been sensitively considered. There is an artistic spirit and the use of superb materials throughout. The end result pays homage to the historical provenance of this remarkable home and site, originally designed by architects A. W. Smith and Mark Daniels.

*Based on public records, information deemed reliable, not guaranteed

He extolled: If we wish to develop within ourselves the capacity for inspiration, ambition and a sense of the bigness of things, there is no better way than to seek an environment of inspiring view, where may be seen a portion of the world of sufficient magnitude to give us better perspective and a better sense of the relative importance of things. *

“In a bold stroke, developer John Hopkins Spring, owner of hundreds of acres of land from the edge of the bay to the crest of the hills, created the Thousand Oaks district.  A 1910 advertisement asserted: Thousand Oaks is the crown of Berkeley’s real estate development…Nature’s masterpiece, with revered hand.  No deep cuts will scar its velvet slopes; streets will wind gracefully in and out, oaks will be preserved.  The rocks will be undisturbed. The finest landscape engineer on the coast has been working for months in order to supplement nature’s profusion with the highest of man’s art.  The finest landscape engineer on the coast was Mark Daniels” **

In 1910, Daniels selected a choice lot for his own house {1864 Yosemite Road).  He chose A. W. Smith (1864-1933), one of the Bay Area’s most prolific and versatile home designers of the day.  After laying out several San Francisco tracts (Seacliff, Forest Hill, Crocker-Amazon) in the mid-1910’s, Daniels moved to Monterey where he helped develop Pebble Beach and the 17-Mile Drive.  The early 1920’s would find him in Los Angeles where he would lay out Bel-Air… “*

Thousand Oaks had a distinct identity as a place and as a district.  The beauty of the landscape, the convenience of location, the layout of its streets and lots, all give this district a strong sense of community within the larger city…

Today, Thousand Oaks is a leafy fully-built neighborhood, which beyond its outward beauty, shelters a secret landscape of secluded dells and alpine slopes… hidden private gardens…silent sturdy masses of rock…wide variety of gardens that have been created around the rocks and the placement of the gardens in relation to these sometimes almost overpowering natural objects. ”**

Perched above the city and offering some of the most sweeping panoramic views in the entire Bay Area, the quiet, residential North Berkeley Hills neighborhood offers peace and solitude not far from the hustle and bustle of the city’s more urban areas.

Homes in the neighborhood are built in a variety of styles and feature beautiful architecture, some with historic pedigrees and lushly landscape gardens. Some homes are hidden from the road by large trees, while others offer views of the San Francisco and Oakland skylines, the Golden Gate Bridge, Alcatraz Island, and Mount Tamalpais. North Berkeley Hills backs up against Tilden Regional Park, which offers numerous opportunities for outdoor recreation all year long.

Some residents in the southern part of North Berkeley Hills are within close proximity to the thriving retail district on Solano Avenue, and the adjacent Shattuck Avenue 'Gourmet Ghetto.  Though those who live at higher elevations will likely need to drive to most places. Alameda-Contra Costa Transit District bus lines that serve the neighborhood drop residents at the Downtown Berkeley BART station for a quick commute to downtown San Francisco. 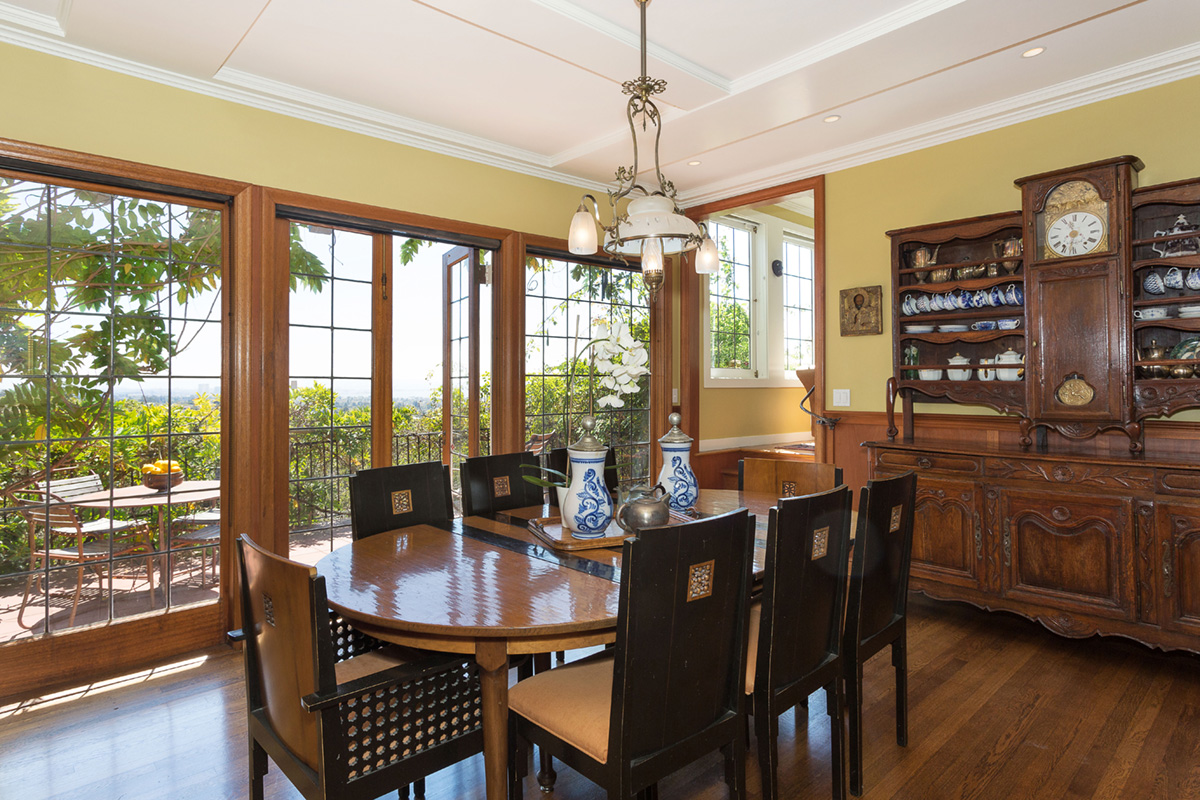 Viewing of this Home will be by Appointment Only 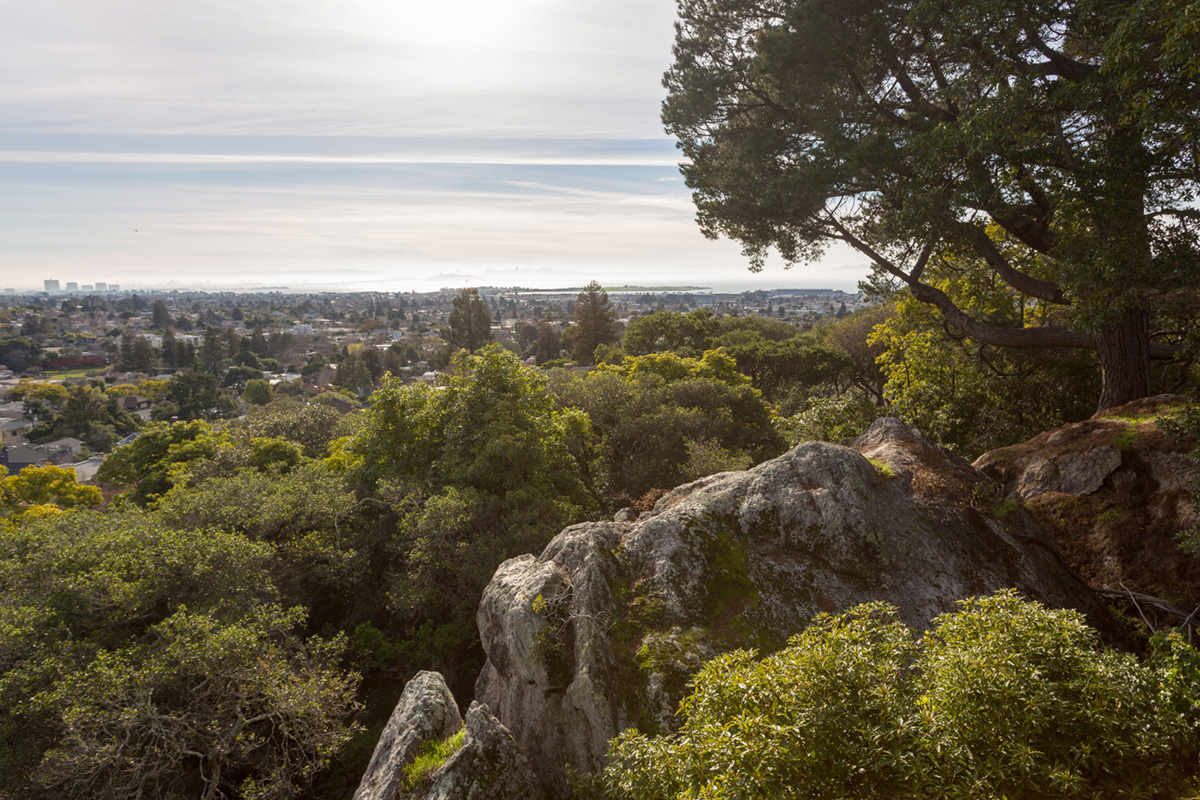 This is a success message